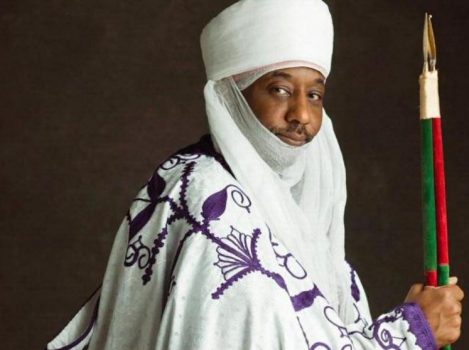 The United Nations has appointed the Emir of Kano, Muhammad Sanusi II as a member of the new class of Sustainable Development Goals (SDG) Advocates.

The UN Secretary-General, Antonio Guterres made the announcement through his spokesman, Farhan Haq at a news conference in New York on Thursday.

The SDG Advocates are 17 influential public figures who are committed to ‘raising awareness, inspiring greater ambition and pushing for faster action on the SDGs’.

Emir Sanusi, who just had his Emirate reduced by the creation of four new ones by Kano State’s Governor Umar Ganduje and the State House of Assembly is one of the six new members of the group which is co-chaired by President Nana Akufo-Addo of Ghana and the Prime Minister of Norway, Erna Solberg.

The other five new members are Hindou Ibrahim of Chad, Dia Mirza of India, Edward Ndopu of South Africa, Nadia Murad of Iraq and Marta Vieira da Silva of Brazil.

Haq said the six new members were taking over from the previous six who had been made SDG Advocate Alumni.

“The Secretary-General looks forward to working with the group over the coming years to advance the SDGs,” he said.

Meanwhile, investigations into the financial management of the Kano Emirate Council  under Sanusi  kicked off at the Kano State Public Complaints and Anti-Corruption Agency on Thursday.

The Commission had invited the Secretary of the Kano Emirate Council, Alhaji Isa Bayero and three others to appear before it to shed light on an alleged violation of Section 26 of the Commission’s enabling law.

Speaking to reporters shortly after he was grilled for more than two hours, Alhaji Bayero explained that he was confronted with some documents for which he requested time to study and return back to the investigators.

He however expressed satisfaction with the investigation, adding that at the close of the day the truth would surely prevail.