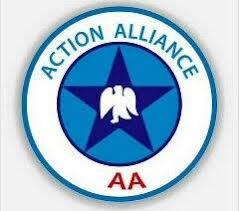 The National Executive Committee of the Action Alliance (AA) has called on the Economic and Financial Crimes Commission (EFCC) to investigate the party’s account from 2017 to date.

This was disclosed via the party’s Acting National Chairman, Mohammed Abubakar in a press briefing on Monday.

He revealed that the decision to investigate the account was taken after the indefinite suspension of the National Chairman, Kenneth Udeze, and National Secretary, James Vemimbe over alleged misappropriation of funds.

“That the public is hereby notified that the duo of Barrister Kenneth Udeze and James Vemimbe no longer represent the party as National Chairman and National Secretary respectively.

“We invite the EFCC, Independent Corrupt Practices Commission (ICPC) and INEC to as a matter of urgency investigate the financial transactions of the party from 2017 to date. Let the Federal Government’s  corruption fight be extended to the party,” he said.