Lawan Tells Akpabio, Other Ex-Senators To Merely Take A Bow At Ministerial Screening 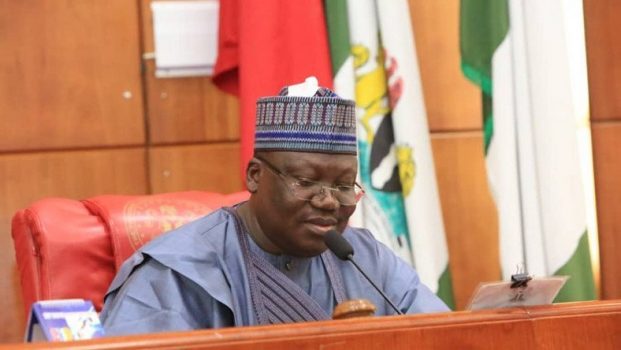 Nigeria’s Senate President, Ahmed Lawan on Wednesday told all seven former senators who were nominated for ministerial appointment by President Muhammadu Buhari to ‘take a bow’ and leave.

Lawan, at the ongoing screening of ministerial nominees at the Senate chamber said the former lawmakers would not be questioned in difference to their status as former ministers.

Senator Lawan said the move was part of the longstanding tradition of the Senate that all former lawmakers nominated for appointments are given automatic endorsement by lawmakers.

He however warned that the National Assembly would not be subservient to the executive arm of government and advised the incoming ministers to always make themselves available when summoned.

When Akpabio was asked to take a bow and leave as he appeared for screening, attempts by the Senator representing Akwa Ibom North-East, Albert Bassey to make a comment were rejected by the Senate President.