New Era For Alibaba As Co-Founder, Jack Ma Steps Down 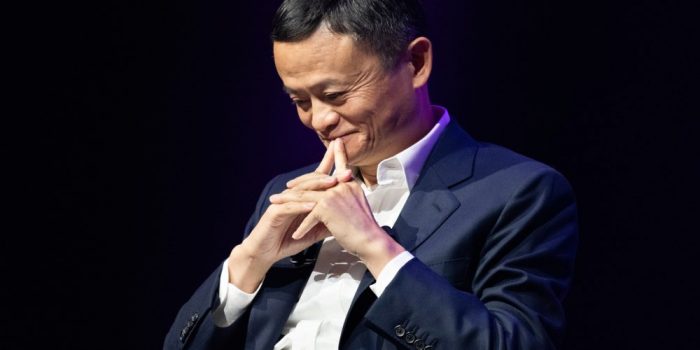 The Chairman of Alibaba, Jack Ma is due to step down from the e-commerce giant today, Tuesday marking the end of an era for the firm.

Alibaba, which was co-founded by Mr. Ma in 1999 has grown to become one of the world’s biggest internet firms. Ma’s success and colorful lifestyle has made him one of China’s most recognized and idolized businessmen.

Alibaba’s current Chief Executive, Daniel Zhang is expected to replace Mr. Ma who is China’s richest man with a net worth of $38.6 billion as Executive Chairman.

Born to a poor family in the eastern Chinese city of Hangzhou, Jack Ma began his career as a teacher. He bought his first computer at the age of 33 and was surprised when no Chinese beers turned up in his first online search for ‘beer’.

With no background in computing, Ma co-founded Alibaba in his apartment, having convinced a group of friends to invest in his online marketplace. This was not the first time he had tried to get a start-up off the ground.

“Alibaba was his third attempt at a company. He had two trials before,” Duncan Clark, Chairman of investment consultancy, BDA China who has written a book about Ma said.

“He saw the promise of the internet quite early on but it took a while for him to have a vehicle,” Clark added.

According to Clark,  Ma, who is expected to focus on philanthropy and education after he steps down has gradually brought technology and finance experts into Alibaba and more recently has ‘been consciously edging himself out’ to ensure a seamless transition for the company.

Over the years, Alibaba has grown from an online marketplace into an e-commerce giant with interests ranging from financial services to artificial intelligence.

Originally set up as a trading platform for businesses, it expanded into consumer e-commerce in 2003 and later launched digital payment platform, Alipay.

The flamboyant 55-year-old businessman is also known for enjoying the limelight having featured at an Alibaba event in 2017 wearing a Michael Jackson-themed outfit.

The quiet, unassuming Mr. Zhang is however known to shy away from the spotlight unlike his predecessor.

Inside Alibaba, Zhang is reportedly known as Xiaoyaozi, the name of a character in a Chinese martial arts novel, meaning the ‘unfettered one’ or someone who stays out of battles but is great at training others.

That reputation will come in handy as he steers Alibaba through arguably some of its most challenging times as the Chinese market where it makes two thirds of its revenue is slowing down.