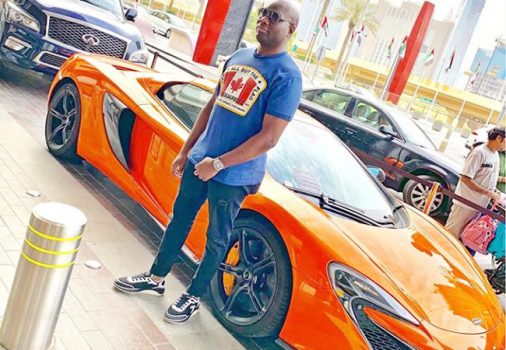 The Federal High Court in Lagos on Monday made an order for suspected Internet fraudster, Ismaila Mustapha popularly known as Mompha to be remanded in prison custody.

Justice Mohammed Liman made the remand order shortly after Mompha was arraigned before him on 14 counts bordering on fraud, money laundering and running a foreign exchange business without the authorization of the Central Bank of Nigeria (CBN).

The Economic and Financial Crimes Commission (EFCC) had in the charges brought against Mompha alleged that he procured one Ismalob Global Investment Limited and retained in its bank account an aggregate of N32.9 billion between 2015 and 2018.

The EFCC argued that Mompha ‘ought to have reasonably known that the money formed part of proceeds of unlawful act, to wit, fraud’.

Among other things, Mompha was also accused of negotiating foreign exchange transactions of various sums with various persons despite not being authorized as a seller appointed by the CBN.

Counsel for the EFCC, Rotimi Oyedepo said in doing so, Mompha acted contrary to sections 5 and 29(1)(c) of the Foreign Exchange Monitoring and Miscellaneous (Provision) Act Cap F34 Laws of the Federation of Nigeria 2004 and he was liable to be punished under Section 29(2) of the same Act.

However when the charges were read to him, Mompha, a widely known Internet celebrity due to the huge amount of cash and expensive jewelry he brandishes on social media pleaded not guilty.

While praying for a date for commencement of trial, the prosecution urged Justice Liman to order that the defendant be remanded in prison custody.

The defence counsel, Mr. Gboyega Oyewole (SAN) said he was not opposed to the application for trial date but that he had already filed a bail application for his client and had also served same on the prosecution.

The prosecution confirmed that it had been served with the bail application but said it required time to read and respond to it.

Justice Liman therefore adjourned the case till Friday, November 29 to take arguments on the bail application and for the commencement of the trial.