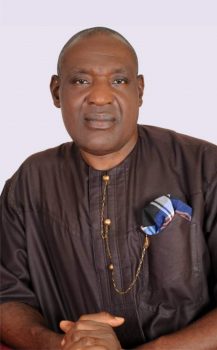 The Abuja Division of the Federal High Court on Tuesday disqualified the deputy governorship candidate of the All Progressives Congress (APC) in Bayelsa State.

The court, in a judgement delivered by Justice Inyang Ekwo invalidated Mr Biobarakuma Degi-Eremienyo’s participation in the governorship election scheduled for Saturday, November 16 after he was found guilty of supplying false information in some documents submitted to the Independent National Electoral Commission (INEC).

The judgement followed a suit marked FHC/ABJ/CS/1101/2019 which was instituted by the Peoples Democratic Party (PDP) which had the Bayelsa APC governorship candidate, David Lyon, Degi-Eremienyo and INEC as defendants.

The court said that it was satisfied that the APC deputy governorship candidate gave false information in the form CF0001 he submitted to INEC, holding that all the documents containing his educational qualifications bore different names.