Scroll to Top
Follow
Home » Sports » Ajax Out As Liverpool, Chelsea Progress To Second Round Of UEFA Champions League

Ajax Out As Liverpool, Chelsea Progress To Second Round Of UEFA Champions League 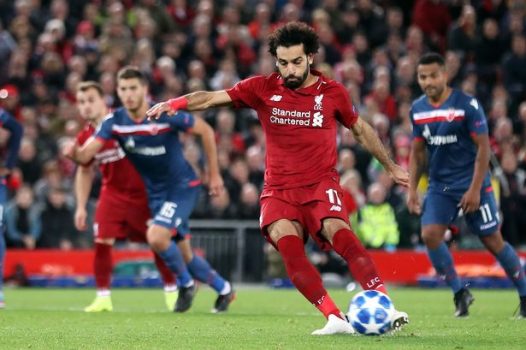 UEFA Champions League defending champions, Liverpool progressed into the knockout stages of the competition on Tuesday, beating Red Bull Salzburg 2-0. Goals from Naby Keita and Mohamed Salah were enough for the Reds to advance.

Inter Milan were beaten 2-1 by Barcelona, making Barcelona and Borussia Dortmund the qualifiers from Group F. Chelsea and Valencia progressed from Group H.

Goals from Tammy Abraham and Cesar Azpilicueta in the first half were enough to see Chelsea advance as it defeated Lillie by 2-1. Ajax failed to advance in the group as it lost to Valencia by a lone goal. Ajax only needed a point to qualify.

Lyon fought back from two goals down to draw 2-2 with the already-qualified Red Bull Leipzig. Lyon qualified with an accumulated 8 points.