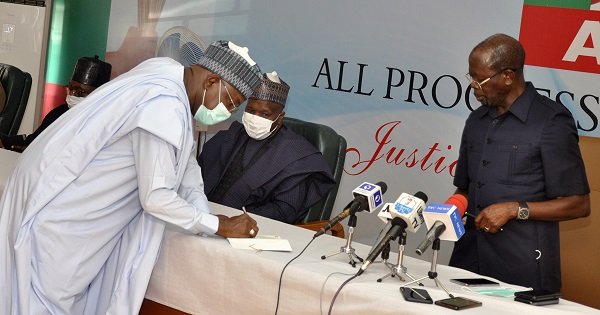 Speaking before the inauguration, Oshiomhole said  that the party had a meeting with President Muhammadu Buhari, the governor of Yobe State and also consulted with other stakeholders of the party where they came to a conclusion that Bulama should be admitted into the National Working Committee (NWC) as the acting National Secretary of the party pending the ratification by the National Convention.

The inauguration took place at the National Secretariat of the party in Abuja with Borno and Gombe state governors in attendance.

Another PDP Governor Is Going To Defect To The APC– Wike