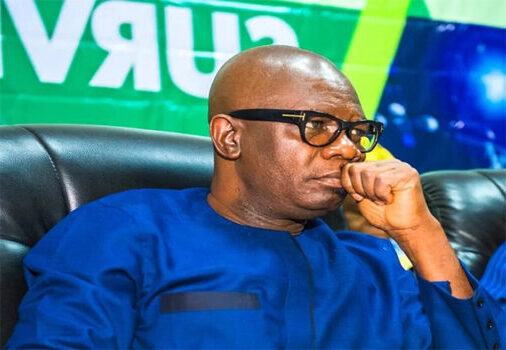 The Deputy Governor of Ondo State, Hon. Agboola Ajayi has resigned his membership from the People’s Democratic Party(PDP) and formally joined the Zenith Labour Party (ZLP).

Ajayi spent less than two months in the PDP after defecting from the All Progressives Congress. He decamped from the APC so he could run for the governorship of the state but he was beaten at the PDP primary by Mr Eyitayo Jegede.
Ajayi announced his defection this Monday via his Twitter handle:

“Today 10th August 2020, I Resign my membership from the People’s Democratic Party to join Zenith Labour party to further my Aspirations.

“I appreciate the National Leadership and members of the party for their warm reception and acceptance in the short period I rejoined the party,” he wrote on Twitter.

The deputy governor left the APC and rejoined the PDP on June 21st, 2020. He contested the governorship primary election in PDP but lost to Mr Eyitayo Jegede.