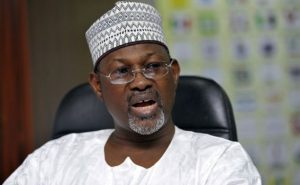 Some prominent Nigerians have established a third political force, Rescue Nigeria Project (RNP), to give Nigerians an  alternative platform to the All Progressives Congress, APC and the Peoples Democratic Party, PDP.

Delivering his keynote address, Abdulfatai lamented the state of the nation, noting that the high level of nepotism and lack of inclusiveness have given rise to agitations by different ethnic groups.

He recalled that in 2015, Nigerians embraced change, adding that today, “that change appears to be what we didn’t expect, as insecurity has taken over the nation.”

He said, “It is based on this that we decided to set up this Rescue Nigeria Project. We want to salvage this country and see how we can fix the mess. We want to set a template and key criteria leaders must have before they can attain any political position.

“Despite the great opportunities of the past, Nigeria has failed to live up to the dreams of its founding fathers and the hopes of successive generations of its citizens.

“Perhaps, at no other time have these failings become more apparent than in the past decade or so.

“In 2015, Nigerians overwhelmingly embraced the promise of change. These hopes have not only been dashed, but they have arguably turned out to be the worst political statements ever to be made in this country. Nigeria today appears set to fulfill all the prophesies of doom.”