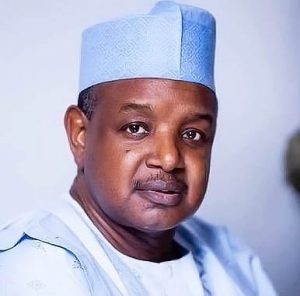 Governor Atiku Bagudu of Kebbi State has clinched the Kebbi Central Senatorial ticket of the All Progressives Congress (APC).

The Chairman of the APC Kebbi Central Primary Election Committee, Kelechi Njoku, declared him the winner at the end of the exercise monitored by a team of officials of the Independent National Electoral Commission (INEC).

She said: “On behalf of the Kebbi Central Senatorial Committee from Abuja, I hereby declare Gov. Abubakar Atiku Bagudu as the winner of the primary election held in Birnin Kebbi today, May 28 having scored the highest number of votes.”

Ms Njoku expressed satisfaction with the level of decorum exhibited by the delegates, party stakeholders and other party loyalists.

In his acceptance speech shortly after he was declared the winner, the governor commended members of the APC in the state for the peaceful, democratic, and transparent exercise.

He also appreciated them for the way they conducted themselves during the primaries, starting from the governorships through that of the federal and state legislators.

Governor Bagudu called on members of the party to promote peace and close ranks with aggrieved members, as well as intensify efforts towards mobilising new members to ensure APC becomes victorious in all the elections in the state.