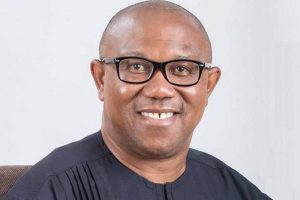 Former Anambra State Governor, Peter Obi, has emerged as the presidential candidate of the Labour Party ahead of the forthcoming general elections.

He emerged as the party’s choice at its ongoing national convention and presidential primary in Asaba, the capital of Delta State, on Monday, after other aspirants stepped down for him.

Those who stepped down were a former presidential adviser, Pat Utomi; Faduri Joseph and Olubusola Emmanuel-Tella.

They all stepped down for the former governor at the venue to make the former Anambra governor a lone aspirant.

The former governor clinched the Labour Party’s ticket barely a week after he announced his resignation from the Peoples Democratic Party (PDP), as well as his withdrawal from the primary election of the main opposition party.