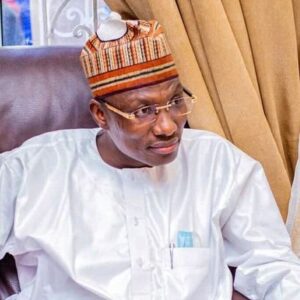 According to him, a total of 1,108 votes were cast, 10 votes were declared invalid and four delegates did not vote.

He beat his closest rival Salisu Yusuf Majigiri who scored 257 votes, and two others.

The other aspirants, Ahmed Yar’Adua and Shehu Inuwa Imam, got 53 and 44 votes, respectively.

A total of 1,117 delegates drawn from the 34 local government areas of the state took part in the primaries held at the party headquarters, Katsina.