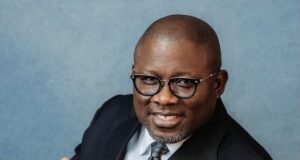 The Federal High Court in Abuja on Thursday disqualified the governorship candidate of the Peoples Democratic Party (PDP) in Delta State, Sherrif Oborevwori, from contesting the 2023 election.

The judge, Taiwo Taiwo, ruled that Mr Oborevwori was not eligible to contest the 2023 governorship election in the state because he supplied false information to the Independent National Electoral Commission (INEC) to back his nomination as his party’s candidate.

Mr Taiwo’s judgement was on a suit filed by David Edevbie, a former Commissioner of Finance in the former Governor James Ibori administration, alleging inconsistencies in the names on the academic certificates submitted by Mr Oborevwori to INEC.

Mr Edevbie came second behind Mr Oborevwori in the May 25, 2022, primary election of the PDP.

He sued Mr Oborevwori, PDP, and INEC as 1st to the 3rd respondents respectively.

According to the plaintiff, Mr Oborevwori used the names: Oborevwori, Sheriff, Francis and Orohwedor interchangeably in his certificates submitted to INEC in violation of the Nigerian constitution and the Electoral Act.

He contended that Mr Oborevwori was not eligible to participate in the primary election on the grounds of the alleged discrepancies in his academic qualifications.