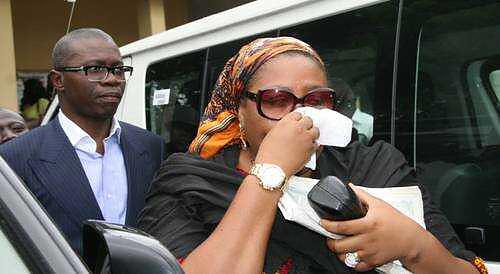 Mrs Adaora Ugo-Ngadi, the Managing Director of Ontario Oil and Mr Walter Wagbatsoma, the company’s Chairman were today sentenced to a minimum of 10 years in jail for oil subsidy fraud.

Justice Lateefa Okunnu of the Ikeja High Court, in making the ruling, upheld the submission that the duo defrauded the Federal Government of Nigeria of the sum of N754 million in shady oil subsidy transactions.

According to the judge, the total sentences passed on each of the defendants were 69 years but she said the sentences will run concurrently, making each of them to spend 10 years at the Kirikiri Maximum Security Prison.

The convictions are the first of their kind since the Economic and Financial Crimes Commission began the arraignment for trial of suspects in oil subsidy scams in 2012. The investigations and arraignments which began during the President Goodluck Jonathan administration formed a major plank of that government’s campaign for the withdrawal of subsidy on petroleum products.

While the judge read the sentences, Ugo-Ngadi who has been ill for some time, listened from where she sat in a wheelchair. Her accomplice however, was not in court. Wagbatsoma is reportedly being held by British law enforcement in the United Kingdom in connection with allegations of a £12 million fraud in the National Health Insurance Scheme Trust.