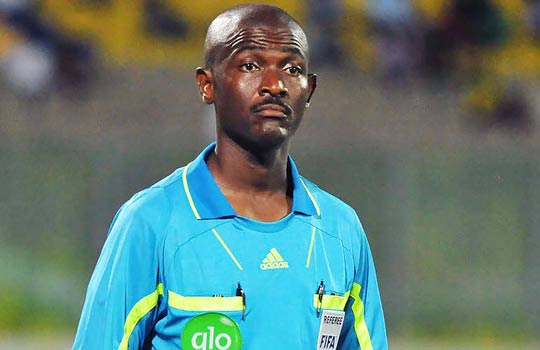 The Federation of International Football Associations, FIFA’s disciplinary committee, has banned Ghanaian referee, Joseph Lamptey, for life for what it described as “match manipulation.”

The ban was issued as a result of a dubious penalty kick he awarded to South Africa in their 2-1 win over Senegal in a 2018 World Cup qualifying match in November.

The 42-year old Lamptey, who also officiated at last year’s Rio Olympics, penalized Kalidou Koulibaly for handling the ball in the 18 yard box but video footage and replays clearly showed that the ball hit his knee.

However, one of his assistants during the controversial match, David Laryea, also a Ghanaian, had the charges against him dismissed by the FIFA disciplinary committee. The world’s football governing body says it will it release more details “once the decision becomes final and binding” since Lamptey can still appeal to FIFA and the Court of Arbitration for Sports if he so wishes.