Buhari To Resolve Feud Between Malami And Magu 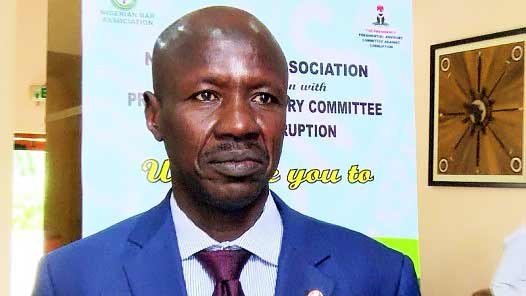 Nigeria’s Minister of Information and Culture, Lai Mohammed has said that the ongoing empasse between the Attorney-General of the Federation (AGF), Abubakar Malami and the Chairman of the Economic and Financial Crimes Commission (EFCC), Ibrahim Magu will be settled by President Muhammadu Buhari.

Mohammed, who stated this while fielding questions on  Channels TV programme, Sunrise Daily said although both Malami and Magu had the interest of the nation at heart, they differed on methodology and approach.

He added that the disagreement between the duo would not undermine the current administration’s war against corruption.

He added: “If they disagree on approach, then the President will look into the matter and make his pronouncement. He will ask why the AGF is taking such a position and why the EFCC Chairman is taking another position. This, to me, is a purely administrative matter and if not, Mr. President will take appropriate action. The President is aware and is investigating it. He is the employer of both of them.”

The AGF and the leadership of the EFCC have been at logger heads over allegations of  misuse of intelligence and breach of the rules employed by the EFCC in its prosecution of high profile corruption cases in the country.