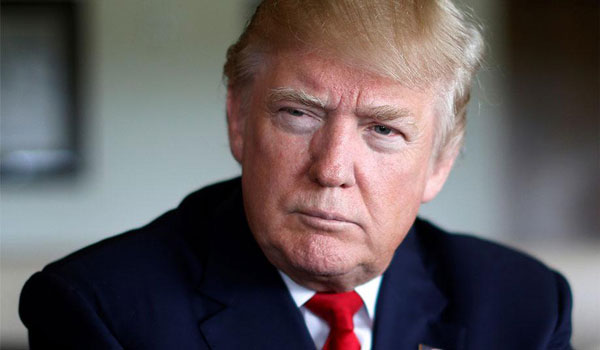 He further accused the American President of threatening the existence of other smaller nations by his many actions which were against the charter of the United Nations.

“We believe a different and better world is possible. The continued denial of the rights to self – determination to the people of Western Sahara and Palestine, who are living under colonial and foreign occupation, is immoral and an urgent issue for those seeking peace in our time.

“My country is an unflinching advocate of the respect of independence and sovereign rights of each country. We cannot, however, remain silent when those decisions negatively affect our own welfare.

“And on this, may I say some of us here were embarrassed, if not frightened at the return of the biblical giant called Goliath. Are we having the return of Goliath to our midst who threatens the existence of other countries?

“May I say, today, United States President, Mr. Trump, please blow your trumpet in a musical way, towards the values of peace, unity, co-operation, togetherness, dialogue which we have always stood for and which we read in our very sacred document – the charter of the United Nations.”

“Upon those values, each nation can build its greatness, including the United States.” Mugabe said.

He affirmed that Zimbabwe and other well – meaning member countries of the United Nations will resist and defeat imperialism in any form it comes.