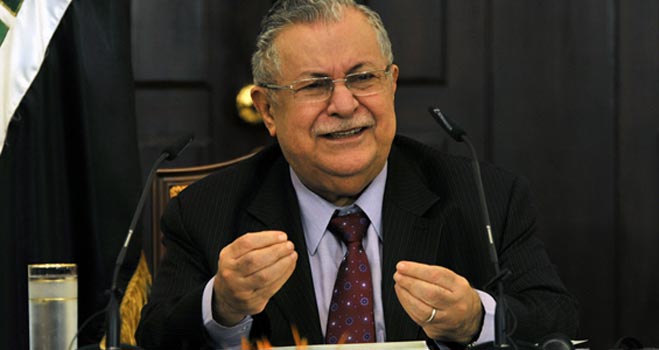 Eminent Kurdish leader and former President of Iraq, Jalal Talabani has died at the age of 83, exactly a week after Iraq’s autonomous Kurdish region held a referendum on independence.

According to the Iraqi State Television Station, Rudaw TV, Talabani, who was the first non-Arab president of Iraq died in Germany on Tuesday where he had gone for medical treatment after his health deteriorated.

He was elected into power in 2005, two years after the United States – led invasion toppled the late dictator, Saddam Hussein. One of his sons, Qubad is the current deputy Prime Minister of the autonomous Kurdish region in northern Iraq.

A veteran leader of the Kurdish struggle for self-determination, Talabani stepped down as the country’s president in 2014 as he went through a long period of treatment following a stroke he suffered in 2012.

Talabani, born near Erbil in 1933 used his Patriotic Union of Kurdistan (PUK) party to voice support for the September 25 referendum that delivered an overwhelming “yes” in favour of secession from Iraq.