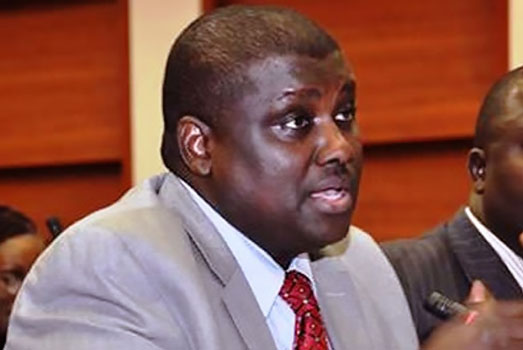 The Office of the Attorney General of the Federation (AGF) says the suit filed at the Federal High Court by the fugitive ex-chairman of the Presidential Pension Reform Taskforce, Abdulrasheed Maina cannot  shield him from being arrested, investigated and prosecuted.

The AGF’s office also asked the Federal High Court sitting in Kaduna to decline jurisdiction over the suit filed by Maina challenging the arrest warrant issued against him by the Economic and Financial Crimes Commission (EFCC).

In a suit which has the EFCC, AGF, Senate President and the Speaker of the House of Representatives as respondents, Maina had prayed the court to discharge the arrest warrant obtained by the EFCC against him on the grounds that the anti-graft agency was an illegal body.

Maina argued that the law establishing EFCC , the EFCC Establishment Act 2004 was an illegal legislation, as the amendment of its principal Act was allegedly not appended to by the National Assembly which was the constitutionally recognized law making body for the country.

However, the AGF in a counter affidavit countered the claims made by Maina about the EFCC Act 2004, noting that the Act was duly passed by both chambers of the National Assembly.

He therefore urged the court to dismiss Maina’s case in order to enable the EFCC proceed with the arrest, investigation and prosecution of the ex- Pension Reform boss, stressing that granting Maina’s prayer against the EFCC would do incalculable disservice to the nation’s war against corruption.