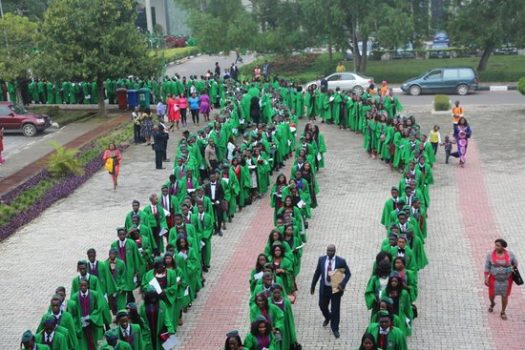 In its just published 2018/2019 edition of the reputable ranking which evaluates world-class universities against 13 separate performance indicators, covering the full range of a top university’s essential areas of activity, Covenant University toppled University of Ibadan as the best tertiary institution in Nigeria.

THE’s rich data which revolves around research, interaction with business, international outlook, and uniquely, the teaching environment  has become very vital for governments and policymakers across the globe as it examines the performances of universities across the world.

This year’s list of the world’s best universities was led by The University of Oxford and the University of Cambridge, both retaining their first and second positions consecutively for the second year in a row.

The only newcomer to the top 10, Yale University, joined the elite varsities at eighth place, up from the 12th position it occupied in the previous 2017/18 edition with Switzerland’s ETH Zurich dropping out from this elite group, from its previously held joint 10th place to 11th place.

The ranking was good news for education in Asia, as Japan (with 103 institutions) has overtaken the UK (which has 98 institutions represented) as the second to the United States, with the most-represented nation in the world in the THE ranking.

Overall, a total of 86 countries were represented in the ranking, including Iraq, Jamaica, Nepal, Tanzania, and Kazakhstan which made it for the first time.

The University of Cape Town continued to remain the best-ranked university in Africa, attaining a remarkable position of 156th in the world.

Nigerian universities performed better in this year’s edition of the ranking as The University of Ibadan which was the only Nigerian University that finished among the top 1000 in the past three editions of the reputable ranking improved in the ranking.

Another Nigerian University which remarkably broke into the top ranking is the University of Nigeria, Nsukka which finished in the 1001+ category, as the ranking size was increased to recognize well-performing universities.

The estimations of the THE World University Rankings 2019 was independently audited by PricewaterhouseCoopers (PwC), to ensure that it is subjected to full, independent scrutiny.