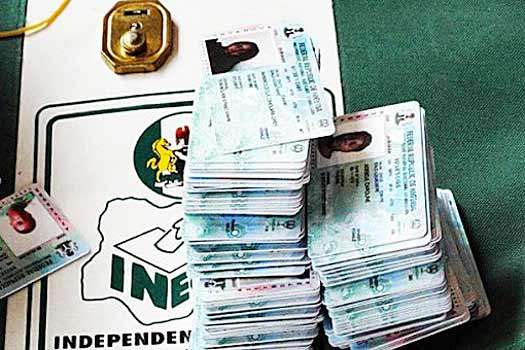 The Independent National Electoral Commission (INEC) on Thursday raised an alarm that some politicians in the country are making desperate efforts to buy unclaimed Permanent Voters’ Cards (PVCs) from officials of the Commission.

Addressing reporters on  INEC’s preparations for next year’s general election, the Resident Electoral Commissioner (REC) in Oyo State, Mutiu Agboke told reporters in Ibadan, the state capital that inadequate security remains a major concern ahead of the polls.

Agboke, who declined to name the politicians involved in the plans to purchase unclaimed PVCs said he got to know about it through a security report, assuring that no desperate politician would be able to get PVCs to buy from the Commission.

“Politicians are looking for PVCs to buy. That is the security report we get. They are looking for what is not available. They have seen that this election will likely be neck-to-neck.

“We will allow a process that will not allow anyone to use violence to the disadvantage of another candidate.  For those looking for PVCs to buy, there is none. No INEC staff will sell PVCs to anybody. We are monitoring all of them and they all know,” he said.

Agboke further alleged that some politicians have requested for the uncollected cards, with a promise to distribute them to their owners who they claim were their supporters.

He however said the electoral body would never release PVCs to anyone apart from the real owner as according to him, INEC rule does not allow collection of PVCs by proxy.