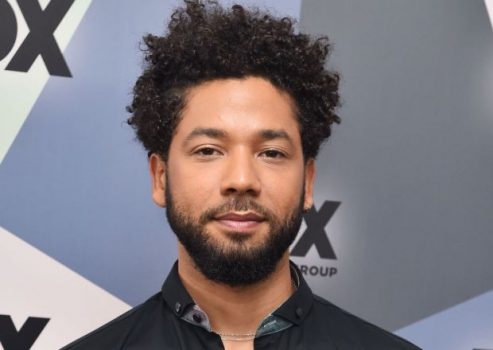 A Chicago Police Chief on Thursday alleged that actor Jussie Smollett paid two brothers to stage a racist and homophobic attack on him and pose as supporters of President Donald Trump because he was not happy with his pay on the Hip-hop TV drama series ‘Empire’.

Smollett, who is black and openly gay, was arrested on Thursday and charged with lying to police about the supposed attack which occurred on January 29.

Chicago Police Superintendent, Eddie Johnson condemned Smollett’s actions but failed to detail how the 36-year-old actor hoped to boost his salary by staging such a hoax.

“Smollett took advantage of the pain and anger of racism to promote his career. This stunt was orchestrated by Smollett because he was dissatisfied with this salary.

“He concocted a story about being attacked. We gave him the benefit of the doubt,” Johnson told a news conference, adding that the actor paid the brothers $3,500 to stage the supposed hate crime.

Although the Police did not say how much Smollett was currently receiving for his role on Empire, the actor could face a prison sentence of one to three years if eventually convicted.