We Will Expose Those Who Truncated Elections – Observer Group 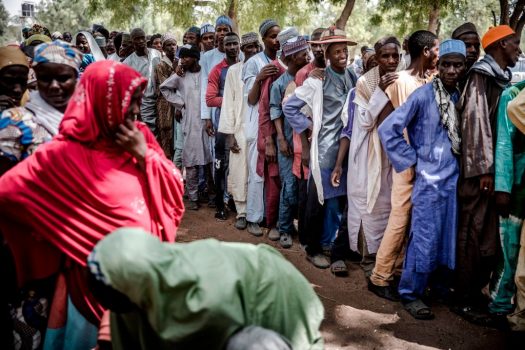 An election observer group, Women Advocates Research and Documentation Centre (WARDC) has vowed to expose and shame all those who were saddled with different responsibilities in the recent general elections in Nigeria but ended up truncating the exercise.

WARDC, in conjunction with ActionAid, Human and Environmental Development Agenda (HEDA) and Strengthening Citizens Resistance Against Prevalence of Corruption (SCRAPC) said such insidious acts soiled the image of the country before the international community.

WARDC’s Executive Director, Dr. Abiola Akiyode-Afolabi who stated this on Wednesday at a meeting on vote-buying and political corruption in Abuja also proposed the convening of a public hearing so that Nigerians can dissect and chart a new course.

“Electoral officers were held hostage, hijacked and even shot. I don’t think in our electoral history we’ve got to that level where electoral officers cannot sit and declare results without interference of political thugs and security officers.

“If we had reports, how come professors who were the returning officers are not coming out to talk about it. We need a public hearing for people to talk about what happened so that it won’t be repeated.

“After the audit, we are going to make our recommendations to the institutions involved; we are going to name names and shame those who are supposed to be shamed,” Akiyode-Afolabi said.