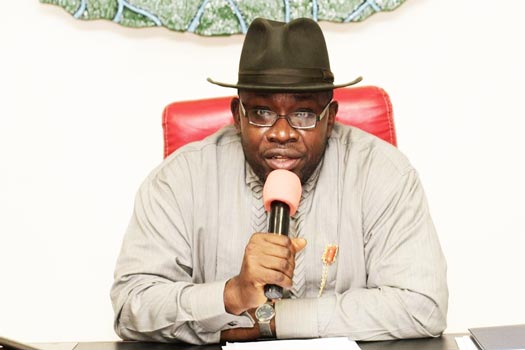 The Socio-Economic Rights and Accountability Project (SERAP) has written an open letter to Governor Seriake Dickson of Bayelsa State, urging him to reject the proposed life pension bill for lawmakers in the state.

The bill which was proposed last week by the leader of the Bayelsa State House of Assembly, Honourable Peter Akpe will grant life pensions to Speakers, Deputy Speakers and other members of the House.

In the letter signed by its Deputy Director, Kolawole Oluwadare, SERAP argued that since public officials have a legal commitment to discharge their public duties truthfully and faithfully, assenting to the proposed bill will amount to incorrect and improper performance of public functions.

The statement read in part: “SERAP will institute legal proceedings to challenge the legality of the legislation and ensure full compliance with constitutional provisions and Nigeria’s international anti-corruption obligations.

“The bill amounts to incorrect and improper performance of public functions. It’s clearly an abuse of legislative functions by the lawmakers.

“Rather than sponsoring bills that would improve access of children in Bayelsa to quality education, the lawmakers are taking advantage of their entrusted public positions to propose a bill to collect large severance benefits.

“The lawmakers are clearly the major beneficiaries under the proposed legislation. Therefore, by passing the life pension bill, the lawmakers of Bayelsa State House of Assembly have violated the constitutional and international prohibitions on conflicts of interest.

“The people of Bayelsa would expect you, as their governor to use your entrusted public office to act in the public interest by rejecting the life pension bill and prevailing upon the House of Assembly to immediately drop the bill.

“Conflicts of interest as well as perceptions of such conflicts would undermine public confidence in the integrity and honesty of not only the Bayelsa State House of Assembly but also your government if urgent action is not taken to prevail upon the House to drop the outrageous bill.”