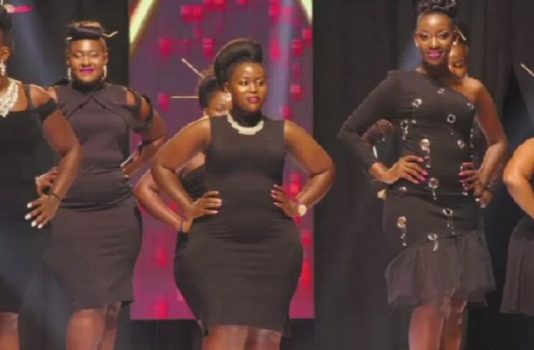 Amid criticisms by women’s rights campaigners and some religious leaders, Uganda has crowned its most curvaceous women at the inaugural ‘Miss Curvy’ pageant in Kampala, the country’s capital.

The critics had argued that the event was immoral and an attempt to objectify the female body.

The Ugandan Minister of State for Tourism, Mr. Godfrey Kiwanda who launched the beauty pageant said it would be used to promote tourism in the East African country.

“We have naturally endowed nice looking women that are amazing to look at. Why don’t we use these people as a strategy to promote our tourism industry?” Ugandan news website, Daily Monitor quoted Kiwanda as saying.

“If you see a Munyankole woman with curves, there is a story behind that. It will be a beautiful event where young women will showcase their beautiful curves and intellect. Our beauty is not about slimy girls only,” he added.