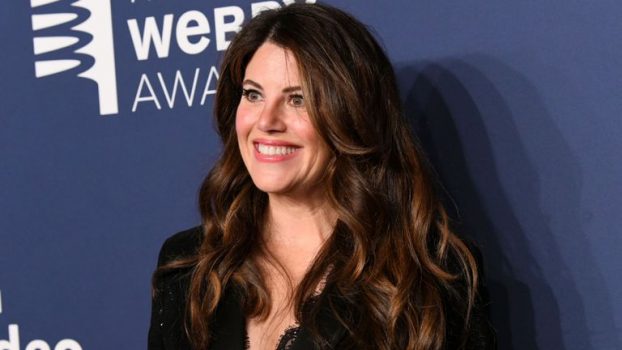 Monica Lewinsky is co-producing a new drama series about the impeachment of former United States president, Bill Clinton and the scandal which followed their affair.

Season three of American Crime Story, which has explored the OJ Simpson trial and the assassination of Gianni Versace in previous series is titled Impeachment and will premiere in September 2020.

According to network FX, the series created by producer, Ryan Murphy will star Sarah Paulson as Linda Tripp, the civil servant who secretly recorded Lewinsky’s confidential phone calls about her affair with the then president.

Murphy originally bought the rights to bring the book to Television screens in 2017 but said he would not want to work on the project without Ms. Lewinsky’s involvement.

Monica Lewinsky was a 22-year-old White House intern when she had an affair with then 49-year-old Clinton while he was US president between 1995 and 1997.

At the time of the scandal, Ms. Lewinsky who was subjected to intense public scrutiny later admitted that her mental health had been deeply affected.

In an emailed statement to Vanity Fair, Lewinsky said she had initially been hesitant and more than a little scared to get involved in the project.

She however said that she was grateful for the growth they had made as a society which allows people like her who have been historically silenced to finally reintroduce their ‘voice to the conversation’.

The series is based on Jeffrey Toobin’s bestseller, A Vast Conspiracy: The Real Story Of The Sex Scandal That Nearly Brought Down A President.

Clinton, the second and last American president to have been impeached was later cleared of charges of perjury and obstruction of justice following a 21-day Senate trial in 1999.

He went on to serve a second term as president and left office in 2001. He apologized publicly after the relationship came to light, acknowledging that he had ‘sinned’.