Conservationists Give Rare Bats Of Cuba ‘Manicures’ To Be Counted 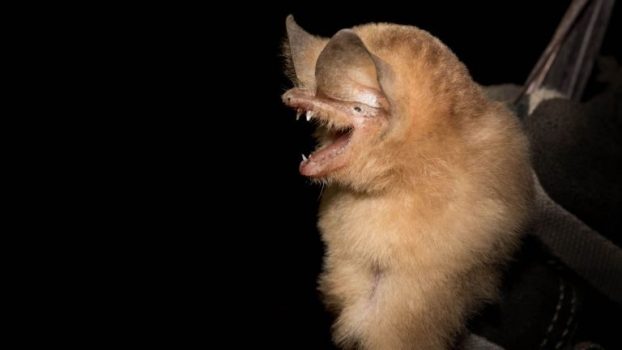 Rare bats are being pampered with manicures so that scientists can count and ascertain their numbers.

According to  the Zoological Society of London (ZSL), the Cuban greater funnel-eared bats, confined to a cave in western Cuba are in urgent need of conservation attention.

ZSL’s EDGE of Existence programme revealed that less than 750 of the bats remain in a single cave on the peninsula of Guanahacabibes.

Researchers used a low-technology but an effective method to harmlessly mark the bats in an effort to identify each one individually.

They used four different nail varnish colours to paint the bats’ ‘nails’ which enabled them to create thousands of combinations for unique markings to identify each one.

“As the remaining population of the bats were so small and understanding their biology is fundamental to our research, we wanted to keep things as natural as possible, apart from their brightly coloured nails of course.

“It was time-consuming giving each bat an individual manicure, but it’s an incredible privilege to get up-close to this amazing animal and to discover more about them made all those hours painting their nails worth it,” ZSL’s Segre-EDGE fellow, Jose Manuel De La Cruz Mora said.

The Cuban greater funnel-eared bat was previously declared as extinct but was rediscovered in 1992 in Guanahacabibes. Its fossils have also been found in nearly all over Cuba as well as on Grand Cayman and various islands in the Bahamas.

Although the specific cause of the mass population decline of the bat specie is unknown, the creatures have a naturally high vulnerability to extinction due to their specific habitat of hot caves.

Their population is also being threatened by human intrusion and collapse of their cave roof due to thermal instability, with climate change posing a significant risk to their existence.