Senate To Reduce Number Of Political Parties In Nigeria 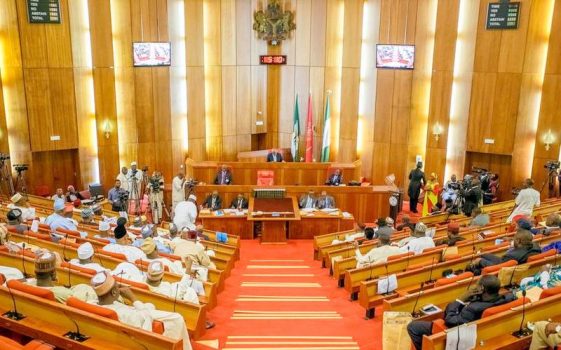 The Nigerian Senate on Thursday said that it would, through a legislation reduce the number of political parties participating in elections in the country from the current 91 to five.

The lawmakers stated this at a meeting with the leadership of the Independent National Electoral Commission (INEC) led by its Chairman, Professor Mahmood Yakubu at the National Assembly Complex in Abuja.

The apex legislative chamber expressed dissatisfaction over the number of political parties which have fielded  governorship candidates in the forthcomin elections in Bayelsa and Kogi states.

Particularly, the Chairman of the Committee on INEC, Senator Kabiru Gaya and former Deputy Senate President, Ike Ekweremadu described the number of political parties which would be participating in the two elections as unwieldy and a contravention of the amended Electoral Act.

Ekweremadu said that by virtue of the Electoral Act, political parties which failed to win a seat in the general elections should be deregistered.

This prompted the committee chairman to query the INEC chairman on why such political parties would be allowed to appear on the ballot papers in Bayelsa and Kogi states.

Responding, the INEC Chairman said that the Commission was in a dilemma to take decisive action to deregister political parties as a result of pending electoral litigations which could alter its judgment .