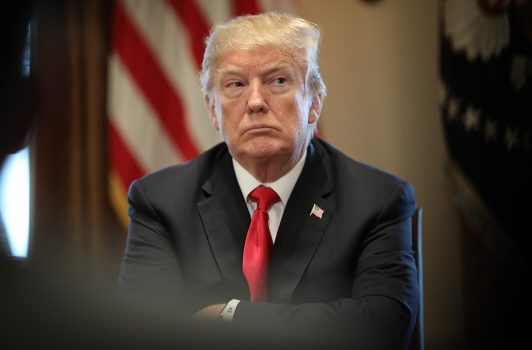 A United States federal judge on Monday rejected a bold argument from President Donald Trump that sitting presidents are immune from criminal investigations, allowing the Manhattan district attorney’s office to move forward with a subpoena seeking eight years of the president’s personal and corporate tax returns.

The ruling issued by Judge Victor Marrero of Manhattan Federal Court however does not mean that Trump’s tax returns will be turned over immediately as his lawyers quickly appealed the decision and the appeals court agreed to temporarily block the order.

In a 75-page ruling, Judge Marrero described Trump’s argument as repugnant to the nation’s governmental structure and constitutional values as presidents, their families and businesses were not above the law.

The judge’s decision came a little more than a month after the Manhattan district attorney subpoenaed Trump’s accounting firm, Mazars USA for his personal and corporate returns dating back to 2011.

The demand morphed into a legal showdown which raised new constitutional questions and drew in the justice department, which has thrown its weight behind Trump’s request to delay enforcement of the subpoena.

The Manhattan district attorney has been investigating whether any New York State laws were broken when Trump and his company reimbursed the president’s former lawyer, Michael Cohen for payments he made in the run-up to the 2016 election to the pornographic film actress Stormy Daniels who had said she had an affair with Trump.

Trump’s lawyers had last month sued to block the subpoena, arguing that the Constitution effectively makes sitting presidents immune from all criminal inquiries until they leave the White House.

Although the lawyers acknowledged that their argument had not been tested in courts, they argued that the release of the president’s tax returns would cause him irreparable harm.

The Manhattan District office asked Judge Marrero to dismiss Trump’s suit, saying that a grand jury had a right to pursue its probe free from interference and litigious delay and rejected his claim to blanket immunity.

The American Constitution does not explicitly say whether presidents can be charged with a crime while in office and the Supreme Court has not answered the question.

Trump and his lawyers have fought to shield his tax returns which he had, during the 2016 campaign said that he would make public but has since refused to disclose.