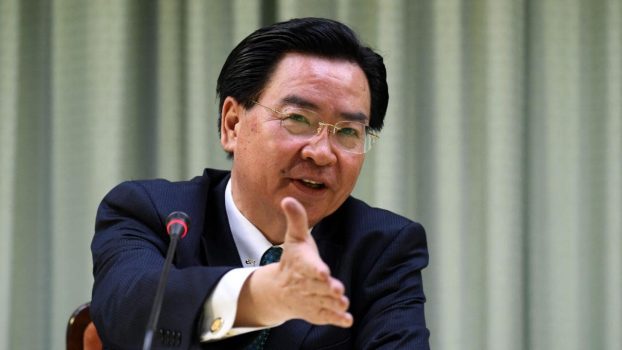 China could resort to military conflict with self-ruled Taiwan to divert domestic pressure if a slowdown in the world’s second largest economy threatens the legitimacy of the Chinese Communist Party.

The island’s Foreign Minister, Joseph Wu who said this on Thursday during an interview with Reuters drew attention to China’s slowing economy amid its bitter trade war with the United States.

China has stepped up a campaign to reunify with what it considers a wayward province, wooing away the island’s few diplomatic allies and flying regular bomber patrols around it.

“We need to prepare ourselves for the worst situation to come, military conflict. Perhaps Xi Jinping himself is called into question of his legitimacy, by not being able to keep the Chinese economy growing.

“This is a factor that might cause the Chinese leaders to decide to take an external action to divert attention from domestic growth,” he added.

Wu however said the economic situation in China was stable at the moment, but he urged other countries to watch for what he saw as problems there, such as unemployment and popular discontent.

He stressed that China’s growing military aggression in the region has become a very serious source of tension which has affected  many countries, adding that Taiwan was trying whatever it could to ensure peace across the Strait.

Although still growing, China’s economy is expected to slow to a near 30-year low this year, underscoring a stiff challenge for Beijing in sustaining the growth which has been fundamental to the Communist Party’s political legitimacy.

Beijing has repeatedly proposed to rule Taiwan under a ‘one country, two systems’ formula similar to that prevailing in Hong Kong, guaranteeing certain freedoms but the island has shown no interest in being run by autocratic China.