Man Jailed 16 Weeks After Setting Off Fireworks During Remembrance Silence 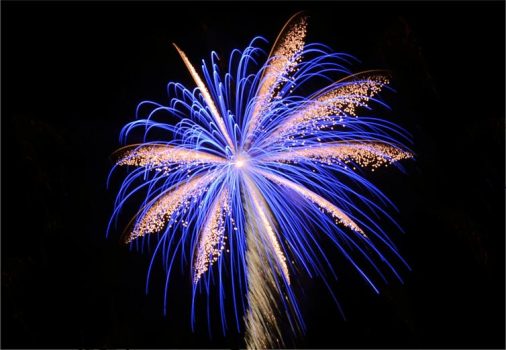 A man who set off fireworks during a Remembrance Sunday event in England has been jailed for 16 weeks.

The man, 38-year-old Stuart Potts from Borough Road, Salford was told by District Judge, Mark Hadfield that he had shown a ‘staggering lack of respect for those attending and those being remembered’.

Potts let off two fireworks as the Last Post ended and hundreds of people at Eccles Cenotaph in Salford began a two-minute silence for those killed in war.

He had been sitting on the ledge of the first floor window of an abandoned pub but after the fireworks were set off, a crowd of angry veterans gathered outside the building trying to get to him. Some even threw traffic cones at him.

A Police officer blocked the door to the pub to hold back the crowds until more officers arrived. Potts was then whisked away and detained.

On Monday, he appeared at Manchester Magistrates’ Court and pleaded guilty to one count of throwing a firework in a public place, a public order offence. He told the court he had lit the fireworks as a mark of respect but the judge disagreed with him.

“I rather doubt that anybody in their right mind would think letting them off in the middle of that ceremony was a mark of respect. It shows a staggering lack of respect for those attending and those being remembered,” Judge Hadfield said.

Potts’ representative at the hearing, Abigail Henry said her client had shown sincere and genuine remorse and wanted to apologize to those who had been at the service.

“He describes events on that day being asked by another to set off the fireworks as a mark of respect at 10.59am, similar to the guns used in London,” Ms. Henry said.

A statement was read in court from a Mr. Seed who served with the Royal Marines between 1965 and 1972.

Mr. Seed, whose first name was not given said the noise of the fireworks had aggravated his PTSD and that what Potts did was ‘the most disrespectful act I have ever witnessed at a Remembrance Day’.

“I can’t understand why he would do such an abominable act against a group of people like me who have or may have suffered like I have,” the statement added.