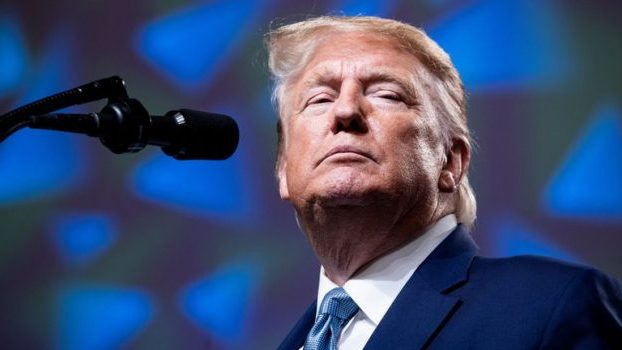 The United States Ambassador to the European Union, Gordon Sondland on Wednesday revised his evidence to investigators and admitted he knew about the administration’s alleged quid pro quo with Ukraine.

Sondland had earlier told a congressional committee leading the impeachment inquiry on Mr. Donald Trump that he did not known about a scheme to use US foreign policy to advance the president’s political interests.

Sondland who is said to be loyal to Mr. Trump on Wednesday changed his stance after saying he has been refreshed by statements from other key witnesses at the hearing.

In his evidence released on Tuesday, Sondland had admitted that he remembers telling a top aide to Ukraine President, Volodymyr Zelenskiy that military aid to the country may probably not resume until Ukraine had provided a public anti-corruption statement as requested by Trump.

Sondland said that by the beginning of September, he ‘presumed that the aid suspension had become linked to the proposed anti-corruption statement’, adding that soon after, he understood that the statement would have to come from Mr. Zelenskiy himself. Trump has however maintained that he did nothing wrong when he called Mr. Zelenskiy and only asked for a favour.

That favour was to announce an investigation into unfounded corruption allegations involving Hunter Biden, son of Democratic presidential candidate Joe Biden who was seen as Trump’s biggest rival in 2020.

The next Trump official that the inquiry committee members want to hear from is Mick Mulvaney, his Acting Chief of Staff who admitted publicly to the quid pro quo before retracting his comments.

There are reports that the White House has instructed its officials not to comply with the impeachment inquiry being led by House Democrats and it is uncertain if Mulvaney will appear.