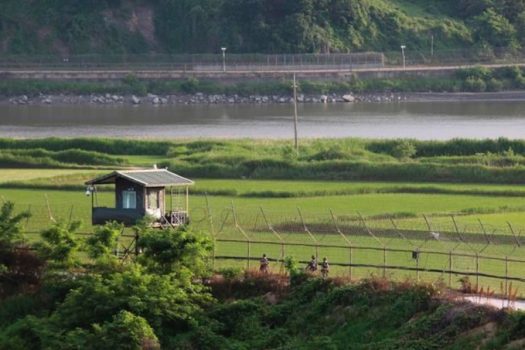 North Korea blew up an inter-Korean liaison office building just north of the heavily armed border with South Korea on Tuesday as tensions escalate on the Korean Peninsula.

South Korea’s Unification Ministry, which handles relations with North Korea, said that the liaison office in the North Korean border town of Kaesong was demolished “by bombing” on Tuesday afternoon local time.

“We confirm that NK demolished the inter-Korean liaison office in Gaesong Industrial Complex by bombing at 14:49 KST (01:49 ET),” a spokesperson said.

“We are making full effort to manage the situation stably so that the situation does not escalate into a military crisis,” the ministry, addding: “If North Korea carries out military provocation, our military will respond with powerful force.”

North Korea had said last week that it was cutting off all government and military communication channels with the South while threatening to abandon bilateral peace agreements reached during North Korean leader Kim Jong Un’s three summits with Moon in 2018.

North Korea had also threatened to permanently shut the liaison office with South Korea as it condemned the South for failing to prevent activists from sending anti-North Korean leaflets across the border.