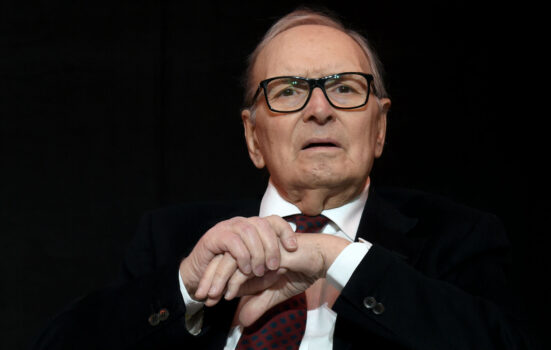 Ennio Morricone, famous Italian composer, conductor and trumpeter whose credits include the Spaghetti Western Orchestra has died in Rome aged 91. In his spectacular musical life, he composed over 400 scores for cinema and television. He had to his credit over a hundred classical works.

Morricone had broken his femur days ago and died during the night in a clinic in Rome. His death was confirmed by his lawyer, Giorgio Assumma. In a statement, Assumma said that the composer died at dawn on July 6 in Rome with the comfort of faith. He preserved until the final moment full lucidity and great dignity.

“He said goodbye to his beloved wife Maria, who accompanied him with dedication in every moment of his human and professional life and was close to him until his final breath, and thanked his children and grandchildren for the love and care they have given him. He gave a touching remembrance to his audience, whose affectionate support always enabled him to draw strength for his creativity.”

In 2016, Ennio Morricone won his first competitive Academy Award for his score for “The Hateful Eight,” an American western mystery thriller for which he also won a Golden Globe. He had previously won an Oscar for lifetime achievement (2007) and was nominated for five other Academy Awards, and had won two Golden Globes, four Grammys and dozens of international awards.