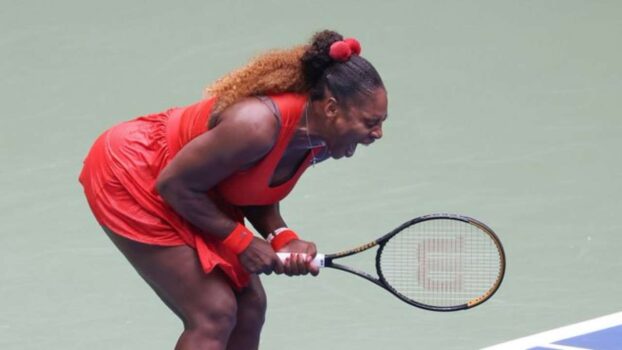 Serena Williams’ latest bid for a 24th Grand Slam singles title ended as Victoria Azarenka defeated her 1-6 6-3 6-3 to reach the US Open Final.

Two-time Australian Open champion Azarenka had been appearing in her first Grand Slam semi-final since 2013 after troubled times on and off the court.

But she has been in fantastic form in recent weeks, having now won 11 matches in a row after victory in the Western & Southern Open just before the US Open.

On her victory, Azarenka said:

“Hopefully this inspires women to go after their dreams. I feel like you can’t always identify yourself as just one thing, because we have many things we can do in our lives. A parent is the most important thing I can be in my life, but I’m also a tennis player, a fighter on the court. I want to go after my personal dreams, to inspire my child. I hope women around the world know they can do anything. Being a parent is the toughest thing, so once you can balance that, you can do anything.”

“I knew it’s never over, and I said that before the match. I didn’t think it was over even when I led 5-3 in the third, because I’ve been there before!” she added, noting her 2012 US Open final loss to Williams, where she also led 5-3 in the final set before finishing runner-up.

“I was young. My ego was way too big. Now it’s a little smaller, and the results are coming.” Azarenka said.