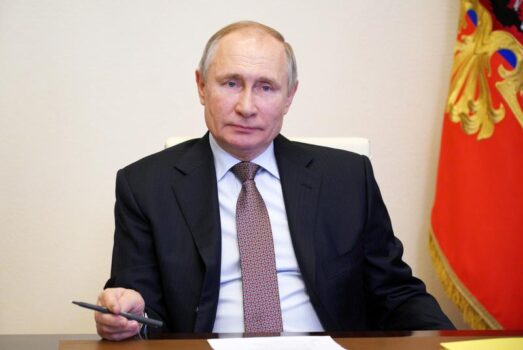 Russian President Vladimir Putin on Monday signed a law allowing him to potentially hold onto power until 2036, a move that formalizes constitutional changes endorsed in a vote last year.

The 68-year-old Russian leader, who has already been in power for more than two decades, signed off on the bill on Monday, according to a copy posted on the government’s legal information portal.

Putin said that he would decide later whether to run again in 2024 when his current six-year term ends.

He has argued that resetting the term count was necessary to keep his lieutenants focused on their work instead of “darting their eyes in search for possible successors.”

Nearly 78 percent of voters approved the constitutional amendments during the balloting that lasted for a week and concluded on July 1. Turnout was 68 percent.