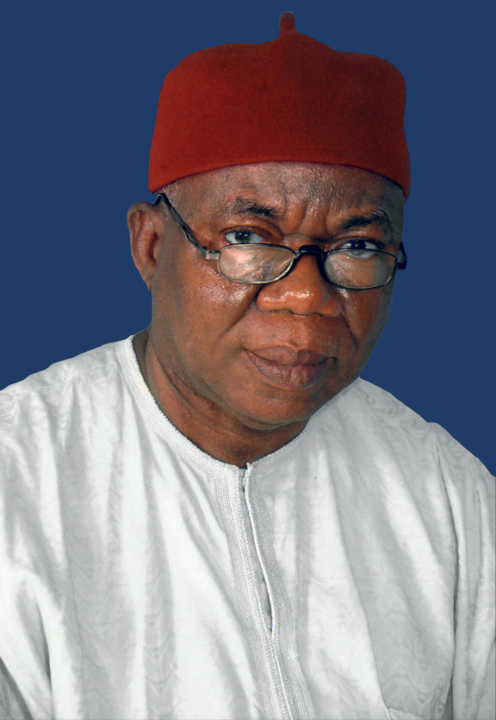 Chief Owali Ilem is a retired civil servant, a notable manager of human resources and an accomplished agriculturist. The people of Cross River State still remember him as a man who reached the height of career excellence through a dint of hardwork and occupational diligence. Having retired from government service on the rank of Permanent Secretary, Ilem went straight into private enterprise. He is today the Chairman and Chief Executive of Itune Farms and Itune Services both based in Calabar.

He was born on December 31, 1943 at Abanwan-Erei in Biase Local Government Area of Cross River State. He was born and bred by strict disciplined parents. His father, the late Chief John Ilem Aja was a successful farmer, a community leader and a pioneer member of the Biase County Council in the early 1950s while his mother, the late Mrs. Comforts Ebe Ilem, was a successful trader and farmer.

Young Owali Ilem attended St. Patrick’s Primary School, Abanwan and four other primary schools (two in Abia and two in Ebonyi State). In 1958, he proceeded to the famous Mary Knoll College, Ogoja and came out in 1964, after obtaining his West African Certificate and Higher School Certificate in 1962 and 1964 respectively. He later attended the University of Nigeria, Nsukka and Grimsby College of Technology, England. He attended several leadership character moulding and professional courses in Nigeria and the United Kingdom.

He was first employed as a teacher in January, 1965. During the Nigeria Civil War, he was entrapped in the Biafra enclave, where he served as Camp Warden, Camp Director and an Assistant Refugee Officer. After his University Education, he taught for another one year in the then College of Education/Science School, Uyo (1974-1975). Thereafter, his services were transferred to the Ministry of Agriculture. In the Ministry of Agriculture, he rose to the position of Director of Planning Research and Statistics in 1992. In January 1993, he was appointed a Permanent Secretary as a result of his efficiency and professional competence in the Civil Service.

His greatest area of interest outside the civil service has been in agriculture. He started cultivating pineapples in 1981; in 1983, he went into cassava farming. In 1996, he went into oil palm cultivation. On retirement, he acquired a piece of land at Abini in Biase Local Government Area and developed an oil palm plantation. He was one of those who benefited substantially from free allocation of oil palm seedlings by the then Donald Duke Administration. Biase Local Government Council has also allocated oil palm seedlings to him. He once served as a contact farmer for I.I.T.A. in the cultivation and distribution of improved variety of cassava to farmers. He is also a bee-keeper and has a snailery.

Chief Owali Ilem has been in the forefront of organizing farmers in the state. His single ambition is to help in raising a class of self – sufficient farmers and to promote agricultural revolution in Cross River State. The Cross River State Government has used him in organizing farmers into commodity interest groups for the promotion of Agric Development. Chief Ilem was at some time, the 1st National Vice Chairman of Oil Palm Growers Association of Nigeria. He is currently the State President of Oil Palm Apex Cooperative as well as the President of the Commercial Agriculture Development (CADA) which is currently mobilizing farmers to benefit from the World Bank assisted Commercial Agriculture Development Project. Cross River State is one of the five states involved in this programme.

Chief Ilem while in service and after service has been involved in conflict resolution at inter state, inter communal and intra communal levels. The State Government has used him effectively in conflict resolution. He has been involved also in most major self help projects in his immediate community especially in the areas of education and health services. Among his several awards is the PSR Grand Award for Productivity in Africa, which he won in 2010.

Chief Owali Ilem loves nature and he is at his best when he is in the farm. He is married with five children.