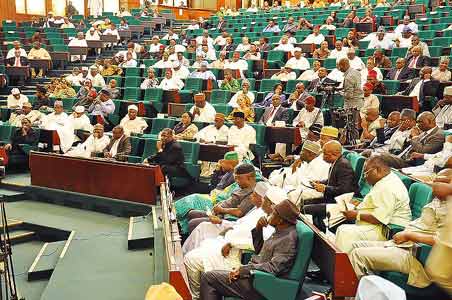 Members of the Public Accounts Committee of the House of Representatives  were visibly surprised on Friday when they found that each board member of the Sovereign Wealth Authority collected sitting allowance of N 250,000.

Worse still, the reps also discovered that for some days, the SWA board members made multiple entries. In some cases, up to four sittings were recorded for a single day and that meant that for a day like that, each member went home with  N 1 million as sitting allowance. The discoveries came up as the PAC held an investigative hearing on Friday.

The PAC’s investigative hearing was in response to queries raised about the finances of the SWA by the Auditor-General of the Federation and the period covered is 2010 to 2013.

However, The Managing Director of the Sovereign Wealth Authority, Mr. Uche Ubosi claimed: “It is the standard practice of sovereign wealth authorities worldwide to pay sitting allowances to board members.”

That  response obviously brought out the anger in the PAC members. PAC Chairman, Hon. Kingsley Chinda subsequently ordered the authority to furnish the committee with original copies of all documents relating to the payments within eight days.

Chinda further directed: “You are also expected to furnish this committee with concrete evidence of where authorities pay as much as N 250,000 per sitting in other climes.”