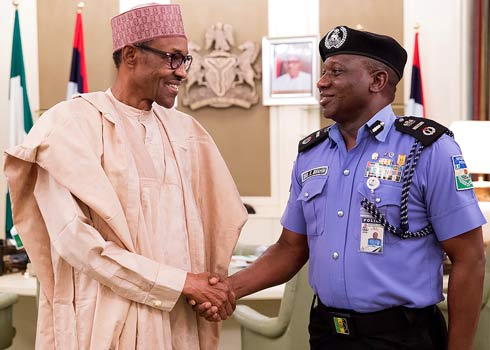 The Inspector General of Police, Ibrahim Idris has commended the performance of men of the Nigeria Police Force deployed to provide security in last Saturday’s re-run elections in Rivers State.

While expressing regret over the gruesome death of DSP Mohammed Alkali and other policemen who are still missing, he said a high-powered investigative team has been directed to unravel the circumstances surrounding the death of the officer.

Idris condemned the report of an NGO, Cleen Foundation which stated that the elections were marred by irregularities, large scale violence, professional misconduct and open bias by security operatives and electoral personnel. He described the report as lurid in its entirety, fraught with inaccuracies and lacking in substance.”

In a press statement signed by the Force Public Relations Officer, DCP Don Awunah, the Inspector General noted the following:

“The gains of the security personnel’s performance in the Edo and Ondo elections were further concretized in the Rivers re-run elections in the areas of massive deployment of logistics, enabling the process, stakeholders engagement, facilitating voters participation, interagency collaboration and general provision of peace and security in the state before, during and after elections. The performance indicators are visible and verifiable.

“There is no doubt that some disgruntled elements in the state attempted to foist violence and insecurity on the populace that are generally peace loving. Comparatively, the re-run election was a huge success in contrast to past elections in the state that were usually characterized by violence and wanton destruction of lives and property.

“The IGP master plan on election security will continue to be improved upon for future elections in the county. This master plan will usher in credible, fair, free and acceptable elections in accordance with the principles of democratic policing and international best practices.

“The report released by an NGO, CLEEN Foundation that the elections were “marred by irregularities, large scale violence, professional misconduct and open bias by security operatives and electoral personnel” is in its entirety lurid, fraught with inaccuracies and lacking in substance.

“It is a disservice to the evolving Nigerian democracy and sacrifice of the security personnel for the CLEEN Foundation report to assert that, “There were serious cases of electoral violence orchestrated by the Police, Army and DSS.”

“It is also saddening for the CLEEN Foundation report to attribute the death of a police officer, DSP Mohammed in the course of duty to what the report termed “unwarranted use of force and shooting.” It is a brazen display of insensitivity to the fallen officer and disrespect to the family.

“Undoubtedly, there were some infractions of law in the course of the elections where the police and other security agencies rose to the occasion and ensured the electoral process prevailed accordingly.

“Non-Governmental Organizations (NGOs) are our veritable partners; the extent to which they justify funding should not undermine national interest.

“The IGP wishes to reassure Nigerians that enthronement of credible electoral process remains one of the police’s uppermost priorities. In addition, the IGP commends the good people of Rivers State for the cooperation availed the police and other security agencies in the course of the re-run elections.”