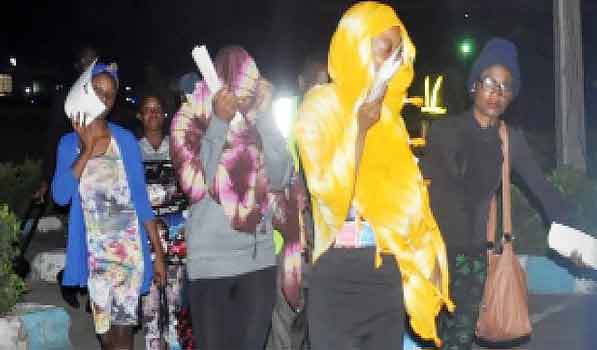 The Federal government has evacuated 41 Nigerian girls, believed to be victims of human trafficking from Bamako, Mali.

The evacuation was a joint action of the Nigeria Air Force, the Ministry of Defence, the National Agency for the Prohibition of Traffic in Persons (NAPTIP) and the office of the Senior Special Assistant to the President on Foreign Affairs and Diaspora.

This was revealed by the Senior Special Assistant to President Muhammadu Buhari on Foreign Affairs and Diaspora, Hon. Abike Dabiri-Erewa, who said the evacuation followed a distress call from the affected girls.

She said, following the distress call from Mali, her office alerted the Defence Ministry, which provided the plane that was used in evacuating the girls.

Dabiri-Erewa further stated that the 41 girls were mere victims of trafficking adding that six suspects have so far been arrested in relation to the crime and handed over to the appropriate agencies for prosecution.

NAPTIP Zonal Commander for South West, Mr. Joseph Famakinwa assured that the agency will do its best to ensure that the girls, who were shabbily dressed on arrival, are rehabilitated as soon as possible.