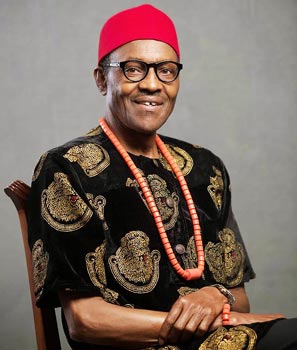 The President General of Igbo people in the northern states of Nigeria and Abuja, Chief Chikezie Nwogwu has said that the Igbo will not yield to any form of threat and  leave the North because of the tremendous contributions they have made towards the development of the region.

Chief Nwogwu stated this at the Government House in Kaduna  when he led Igbo traditional rulers in the north to pay a courtesy visit to the Kaduna State Governor, Mallam Nasir El Rufai.

While appreciating the governor for his support, the President General said the nation was better off as one indivisible country, urging the Federal Government to do the right things to address some of the factors that are responsible for the agitations in different parts of the country.

“We are not in support of division. We are saying that things should be done right,” Chief Nwogwu said.

Responding, Mallam El Rufai said the state has no room for hate speeches and would ensure that everything will be put in place to arrest and prosecute all those that engage themselves in making divisive utterances.

“Nobody can come to Kaduna State and say this nonsense. It is hate speech that kills. We are trying people for that. We have a duty to arrest them and put them before a judge,” El Rufai said.

“We will tell them that they cannot do that in Kaduna. We will go after them. They have gone underground. There may be reluctance on the part of some people to arrest them but we will arrest them,” he added.

The governor admitted that although the Indigenous People of Biafra (IPOB) may have done some provocative things which pose a challenge to the Federal Government, breaking up was not an option.

He further called on the Igbo leaders to control their youths, assuring them that the Kaduna State Government was taking steps to ensure that every Nigerian living in the state was safe and secure.