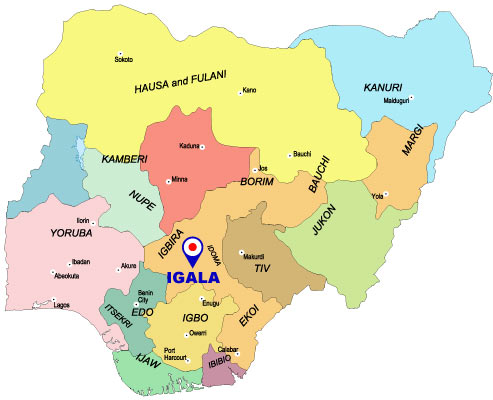 Igala leaders under the umbrella of Uk’omu Igala, a non-political body of all Igala socio-cultural groups, have called for the adoption of resource control and true federalism in Nigeria.

The National Leader of the group, Major General Patrick Akpa said the Igala nation supports the federal as against the regional system of government but would welcome the creation of Okura State in the interest of equity, fairness and justice.

“We reject any proposal for restructuring Nigeria, which takes us back to the idea of regionalism as if we are so forgetful about the ugly experiences of the First Republic.

“Regional governments in the First Republic squeezed and emasculated the minority ethnic nationalities in the North, West and East, and the bitterness associated with the report of the Willink Commission, which rejected the quest of minorities for separate states did not die until the premature collapse of the republic,” Maj. Gen. Akpa said.

He further expressed the dissatisfaction of the Igala nation over the proposal by the North-Central caucus at the 2014 National Political Conference which sought the creation of Kainji State from Niger and Kebbi states instead of Okura State which he said has been on Nigeria’s political table since 1981.