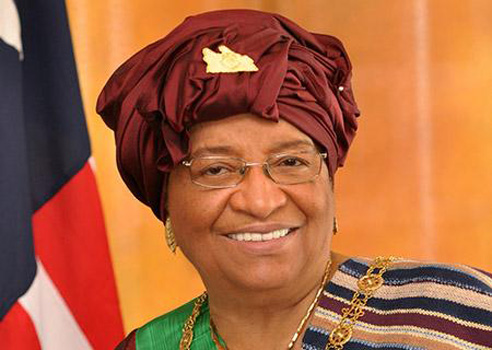 Liberia’s outgoing President, Ellen Johnson Sirleaf has called on all African leaders clinging on to power to practice exemplary democracy by making way for young leaders on the continent.

In an interview she granted the Cable News Network (CNN) shortly after the 72nd United Nations General Assembly in New York, she said it was time for a generational shift in African leadership.

“I’m seeing a strong signal, that not only should we respect the constitution and the law, but it also says that it is time for a generational change…if we are going to practice democracy which we all want to do and we all strive to do, then we have to do it by example,” Sirleaf said.

She added: “We have young people that are vying for leadership, that have the capacity, that have the passion and the capability and it’s time for them to take over, and we have to make way for them,” she added.

The 78 –year-old Sirleaf, who is stepping down as the President of Liberia at the end of her two – term mandate later this year said her jokingly telling the leaders to relinquish power is yielding positive results.

As Liberians go to the polls on October 10 to elect a new president, only one woman is eyeing the presidency among the 20 candidates jostling for the position.