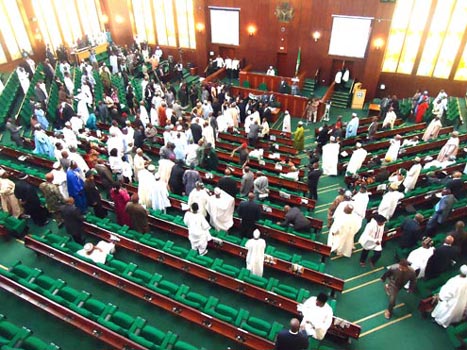 The House of Representatives on Wednesday constituted an adhoc committee to investigate the non-remittance of the sum of $5 billion into the federation account by the Central Bank of Nigeria (CBN).

The House said the amount was  the 0.25percent “exchange commission” charged  for converting dollars to naira.

The lawmakers alleged that even after making the deductions, the balance credited to the federation account at various times have been in negative difference, which runs into billions of naira annually.

They said the Accountant General’s office had also failed to report the CBN’s under-remittance and non-remittance of millions of dollars and trillions of naira into the federation account.

The House members further alleged that the apex bank, instead of receiving financial inflows on behalf of the government, now prepares the federation account thereby usurping the powers of the Accountant General. In the process, they also claimed, the bank “ manipulates the system by opening various accounts not known to the three tiers of government where funds are remitted, diverted and spent without authorization.”

Adopting a motion by Hon. Ayo Omidiran, the House resolved to set up an ad hoc panel to investigate the matter, which the CBN has denied, and report back within eight weeks.