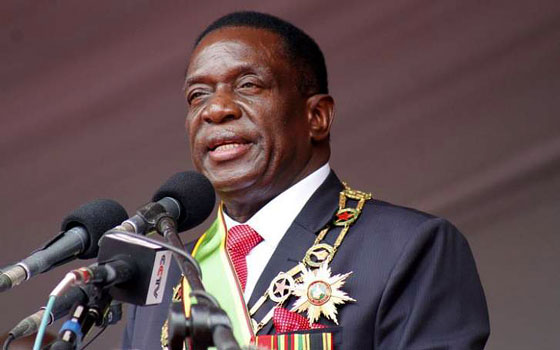 Emmerson Mnangagwa has begun a fresh five year term as president of Zimbabwe. Mnangagwa was sworn in on Sunday in the presence of thousands of cheering Zimbabweans.

He took the oath before Chief Justice Luke Malaba at the national stadium in Harare, the country’s capital in the presence of some foreign leaders including South Africa’s Cyril Ramaphosa and Paul Kagame of Rwanda

In his inauguration speech, Mnangagwa pledged a brighter tomorrow for the country and called for unity by asking his political foes to bury their differences for the enormous task ahead.

He further urged Zimbabwe to unite behind his presidency which was on Friday confirmed by the country’s Constitutional Court after it dismissed a suit filed by his man challenger in the July 30 poll, Nelson Chamisa.

“Now that elections are behind us, we must now focus on addressing the economic challenges facing our country,” Mnangagwa said adding that the country’s economy would require some radical reforms in order to attract foreign investment.

He also reaffirmed his pre-election pledges to revive the crippled Zimbabwean economy and settle outstanding debts it owed foreign lenders.