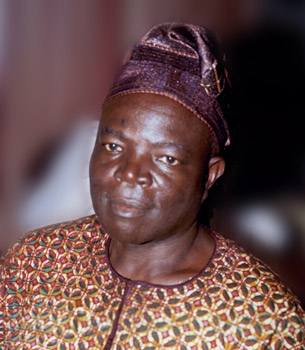 Durodola Omolewa Kuteyi, more widely known as Duro Kuteyi is an enigmatic Nigerian entrepreneur. He has given a lot to the development of the country’s industrial sector.

Duro Kuteyi’s forte is food processing and packaging and he has spent decades making major contributions and breakthroughs in this sector.

Durodola was born at Oye-Ekiti in Ekiti State on May 16, 1952. He studied Food Science and Technology at the University of Ife (now Obafemi Awolowo University) from 1972 to 1977. After graduation, he worked with Food and Drugs Administration, (now NAFDAC), a division of the Federal Ministry of Health from 1978 to 1982. Between 1982 and 1991, along with two other Nigerians, he established Betamark Nigeria Limited, a manufacturing outfit which produces plantain chips. It is worthy to mention that Betamark Nigeria Limited also established a plantain farm in Oye-Ekiti.

Kuteyi, a man driven by a great passion to contribute his knowledge to the growth of his country, made another giant stride in 1992 when he established Spectra Industries Limited which is, as stated earlier, a food processing and packaging industry. The industry began production with Suco Cocoa Drink in sachets, tins and refill packs while other products including cocoa in sachets and tins, soya flour, sesame oil, pineapple juice, Fast-O-Meal and Hyfiba were later added. His passion to see excellence upheld in food technology and science prompted him to establish a food consultancy organization called Deen Consult.

Apart from companies directly owned by him, Kuteyi is making monumental contributions to the growth of Nigeria’s industrial sector in many other ways. He is a director of the Bank of Industry Microfinance Bank. He is also a director of Odua Industrial Park Ltd and a consultant to the Nigerian Export Promotion Council.

Duro Kuteyi was a creative leader in SME development in Nigeria from 2002 to 2010 and the Chairman of the Nigerian Association of Small Scale Industrialists (NASSI), Lagos Chapter. He became the National Vice President of NASSI in 2011 and he still occupies that position today.

Mr. Kuteyi is the National President of the National Association of Technology Incubation Entrepreneurs. He presented the position paper which led to the inclusion of micro-credit into the monetary policy in Nigeria by former President Olusegun Obasanjo. This is what led to the establishment of Microfinance institutions in Nigeria.

Kuteyi’s contributions to the development of Small and Medium Enterprises extend beyond Nigeria to the African continental level. He is a Council Member of Technonet Africa which is an affiliate of Technonet Asia with head office in South Africa. He also went on a three-week tour of Asia (Thailand, Malaysia & Vietnam) in 2005. He was a Member of the Nigerian delegation to the AGOA meeting in Senegal in 2005. He represented Nigeria in the African-Asian Business Forum (AABF) in Senegal (2002) and in Tanzania (2007) where he wrote the Position Paper and the Action Plan in collaboration with the Bank of Industry team.

He was the only Nigerian representative on the South-South Global Assets and Technology Exchange (SS-GATE System) based in Shanghai, China. Back in Nigeria, he has been Chairman of the SME Committee of the Institute of Directors since August, 2012. He was at the Technical Training on Tomato Processing and Packaging in Kano and Lagos in February and March 2017 under the sponsorship of Bank of Industry.

Kuteyi has attended and supervised numerous SME workshops in Nigeria. They include the five-day International Workshop on Cassava Processing and Packaging for Export which was partly sponsored by the Islamic Chamber of Commerce and the Islamic Development Bank. They also include the 4-day International Training Workshop on SME Cluster Development in Nigeria which had experts from Malaysia, Turkey, Pakistan, Iran, Thailand and Sudan.

His love to see others succeed in their endeavours made him to invite three Asian instructors from Thailand through Technonet Africa for the training of Nigerian craftsmen and women in 2007.

The above are only examples of his numerous engagements targeted at encouraging and developing Nigerian SMEs with the objective of growing the Nigerian economy.

Expectedly, several awards and recognitions have come the way of Mr. Duro Kuteyi. He received the First Business Owner Award of the Technology Business Incubation Centre for five consecutive years from 1994 to 1998. In year 2000, he was honoured with the National Merit Award by the Raw Material Research and Development Council (RMRDC) for development and utilization of local raw materials.

In 2002 he got the Lagos State Government Award of Excellence at Africa Industralization Day Celebration. In 2004 he received the Distinguished Alumnus Award of the Obafemi Awolowo Alumni Association for Outstanding Contribution to National Growth. That same year, he received a Letter of Commendation from President Olusegun Obasanjo on Inflow of Foreign Investment to Nigeria and Local Raw Material Utilization.

Duro is happily married to Modupe Oluremi Kuteyi and their union is blessed with four children.

It is in recognition of his accomplishments in the area of Quality Food and Beverages Production that Mr. Durodola Omolewa Kuteyi is deemed worthy to be conferred with the Development in Nigeria Merit Award which is part of the PSR National Awards 2018.