Scroll to Top
Follow
Home » Entertainment » Kanye West Renounces Trump, Says He Has Been Used To Spread Messages He Doesn’t Believe In

Kanye West Renounces Trump, Says He Has Been Used To Spread Messages He Doesn’t Believe In 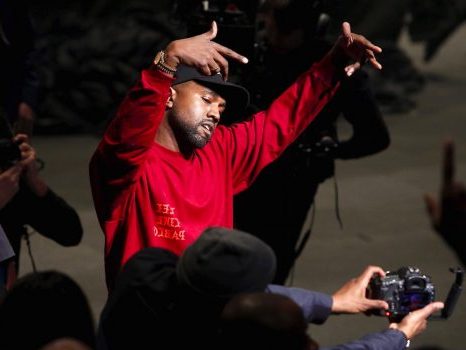 Controversial American rap artiste, Kanye West has distanced his himself from United States President Donald Trump and politics, saying he was used to spread messages he does not believe in.

West, who has been an outspoken supporter of President Trump took to his Twitter handle on Tuesday to post cryptic messages where he said he was leaving politics to focus on being creative.

“My eyes are now open and I now realize I’ve been used to spread messages I don’t believe in. I am distancing myself from politics and completely focusing on being creative!” West tweeted.

West also denied that he designed the logo and merchandise for a political campaign called ‘Blexit’ which is ultimately aimed at convincing black voters to quit the Democratic Party.

But this was after Alt-right provocateur, Candace Owens, who originated the project had thanked him for designing the logo.

“I introduced Candace to the person who made the logo. They didn’t want their name on it so she used mine. I never wanted any association with Blexit. I have nothing to do with it.

“I would like to thank my family, loved ones, and community for supporting my actual beliefs and my vision for a better world. I support those who risk their lives to serve and protect us and I support holding people who misuse their power accountable.

“I believe in love and compassion for people seeking asylum and parents who are fighting to protect their children from violence and war.

“I support creating jobs and opportunities for people who need them the most. I support prison reform, I support common-sense gun laws that will make our world safer,” West added.

In late September, West appeared as the musical guest on ‘Saturday Night Live’ and surprised viewers by wearing a MAGA hat, speaking about President Trump and slamming the media.