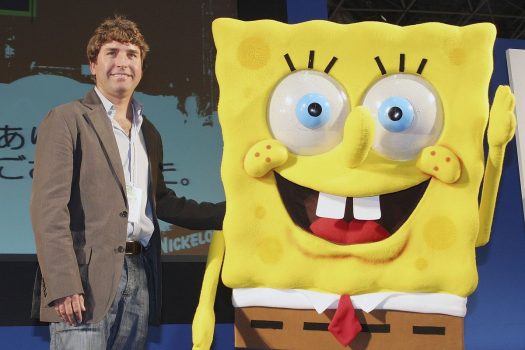 Stephen Hillenburg, the creator of the good-natured, pineapple-dwelling yellow sponge and a motley crew of sea creatures of the Television programme, ‘SpongeBob SquarePants’ has died at 57.

The programme, showed on Nickelodeon TV gained huge popularity with both children and adults in its nearly 20-year run.

According to a statement released by Nickelodeon, Hillenburg died on Tuesday from Amyotrophic Lateral Sclerosis (ALS), a progressive neuro-degenerative disease.

“Steve imbued SpongeBob SquarePants with a unique sense of humor and innocence that has brought joy to generations of kids and families everywhere,” Nickelodeon said in a statement.

“His utterly original characters and the world of Bikini Bottom will long stand as a reminder of the value of optimism, friendship and the limitless power of imagination,” the statement added.

The underwater world of Bikini Bottom where the action takes place reflects Hillenburg’s deep interest in marine life. SpongeBob is surrounded by a starfish, an octopus, a crab and a pufferfish, just to name a few.

Hillenburg, who is originally from Oklahoma started his working life by teaching teaching marine biology at the Orange County Marine Institute in Dana Point, California before switching gear to focus on animation.

According to Nickelodeon, Sponge Bob SquarePants has been translated into more than 60 languages with images of the smiling yellow sponge on  billboards and shirts around the world.