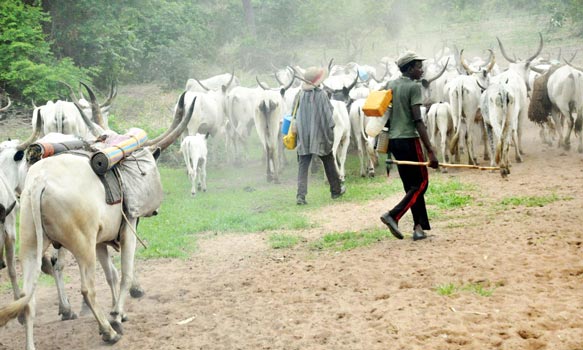 The Benue State Livestock Guards on Wednesday impounded 105 cows and four sheep in the North Bank area of Makurdi, the state capital.

Commander of the Livestock Guards, Mr. Linus Zaki told journalists that the animals were caught while grazing openly near Akawe Torkula College of Advanced and Professional Studies in Makurdi.

Mr. Zaki further disclosed that one herder identified as Kunje Saija was also arrested in the course of the operation.

He said in accordance with the Benue State Open Grazing Prohibition and Ranches Establishment Law, the impounded cows would be quarantined for seven days before being auctioned if the owners failed to pay the fines stipulated by the law.

Zaki therefore warned all herdsmen in the state against the consequences of flouting the law, reiterating that all forms of livestock in the state must be ranched.

Recall that the state governor, Samuel Ortom recently reiterated the commitment of his government to fully implement the Open Grazing Prohibition and Ranches Establishment Law.